Interview with L&D Leaders - Rene Luisman: 'Especially as a trainer I want to stay close to myself'

We kick off LearningStone's 'Interviews with L&D Leaders' series with leading industry experts with the remarkable Rene Luisman, who became trainer of the year in 2017. He has a bucketload of experience, coaches trainers at the TrainersAcademy and has decided that from now on he will focus entirely on coaching gay men.

At the tidy office, on a picturesque canal in Rijswijk,  it doesn't take long for the interview to beall about ‘dedication’. That's what the 42-year-old Luisman believes in. It is that fanaticism that made him NOBTRA-trainer of the year just a few years after his entry into the training world in 2014.

Now more experienced, he has even seen the training market become somewhat saturated due to a huge growth in trainers and coaches. Especially in that crowded market, he wants to stand out and follow his heart, with all the dedication he has.  So he recently decided to turn his business around.

'I believe in complete dedication'

His heart lies in coaching and supporting gay men and he want to focus on helping men who are struggling with their identity to stay as close to their authentic selves as possible.

'The desire to do go in this direction was a longstanding wish. I started mentoring gay men about three years ago, and that's where I can make the most impact,' Luisman says. 'I find it a huge challenge to do this, but this is the path I want to take. I asked myself if I would have the guts for it. Whether I would have enough self-confidence. But I believe in complete dedication. So here we are.’

And that brings us back to the start of the interview, when it was about the radical choice he had made, to focus exclusively on coaching gay men. Because that's where he sees he has the most impact, as a person and as a trainer.

To illustrate this, Luisman recounted one of his best days as a trainer. 'One time I coached a man, he was at least in his forties, but he was super insecure about himself. He had never learned to love himself. Always preoccupied with others. I went to coach him and I gave him the assignment to ask three people around him what they valued in him. That man came back the next training, beaming. He liked what he heard so much that he ended up asking twenty people for input. That was such a boost to his self-confidence. Such an exercise then has a huge impact on his growth process as a human being.

Still a lot of stress and shame for gay men

Luisman himself also used to feel insecure. He grew up in Zwolle, in a very Christian environment, in which homosexuality was condemned as something bad and unnatural. Even though he found out at age eleven that he was attracted to men.  Even now this still bothers him sometimes, that not everyone around him accepts him as he is. Luisman knows the struggle of the gay man like no other.

The men he coaches now are between 25 and 55 years old. They have often already had the coming-out and then the liberation they have felt. Often they then have an exuberant time for a few years, a party mode, Luisman calls it, but it's about the phase after that. Gay men lack good role models. And they are still stigmatized, making it hard to find their own place in society.

'Gay men are more prone to mental illness than straight men. This is not surprising. Research shows that the majority of people are fine with homosexuality, but also prefer not to see it. As a result, as a minority group, you experience a lot of stress and shame. This is why some gay men struggle to hold their own after coming out, in the being out phase. Because which parts of themselves have they always used, to protect themselves to the outside world? And which parts of themselves are authentic? I can help people with that very well.'

Luisman is not someone who, as he puts it, stands on the barricades. He prefers to do the ‘quiet’ work behind the scenes. For the former coach of the year, that is the path he has chosen for the time ahead. It's a gamble, but he firmly believes in it, and he's also a bit brave for daring to take such a bold step. 'How do you look at yourself. Can you accept yourself? That's where I can make a difference as a trainer.'

Thanks for reading, lets connect! Follow us on LinkedIn

Interested in LearningStone Ask us for a tour!
Read our testimonials
Receive blogs per e-mail? Sign up here 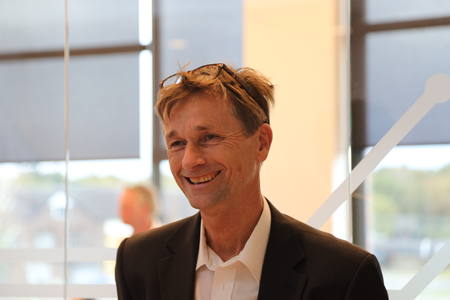 Why join the webinar 'Introduction to blended training with LearningStone'?

LearningStone is hosting a webinar on the 26th of January for anyone interested in learning more about blended learning and asking questions about it to Sjoerd Boersma, co-founder of LearningStone.

Read more about Why join the webinar 'Introduction to blended training with LearningStone'? 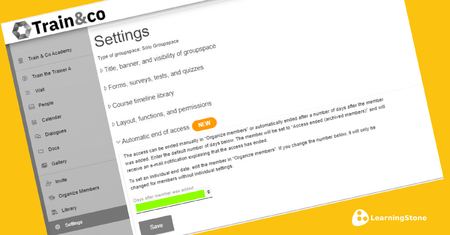 A new feature makes it much easier for heavy users of LearningStone to manage their individual members. We ask Michiel Klønhammer, founder and Chief of Things at LearningStone, about the update.

So what does LearningStone do?

LearningStone is packed with powerful yet easy-to-use features to enhance learning and save time. After an initial setup, both content and configurations can be copied so your training or coaching…

Read more about So what does LearningStone do?